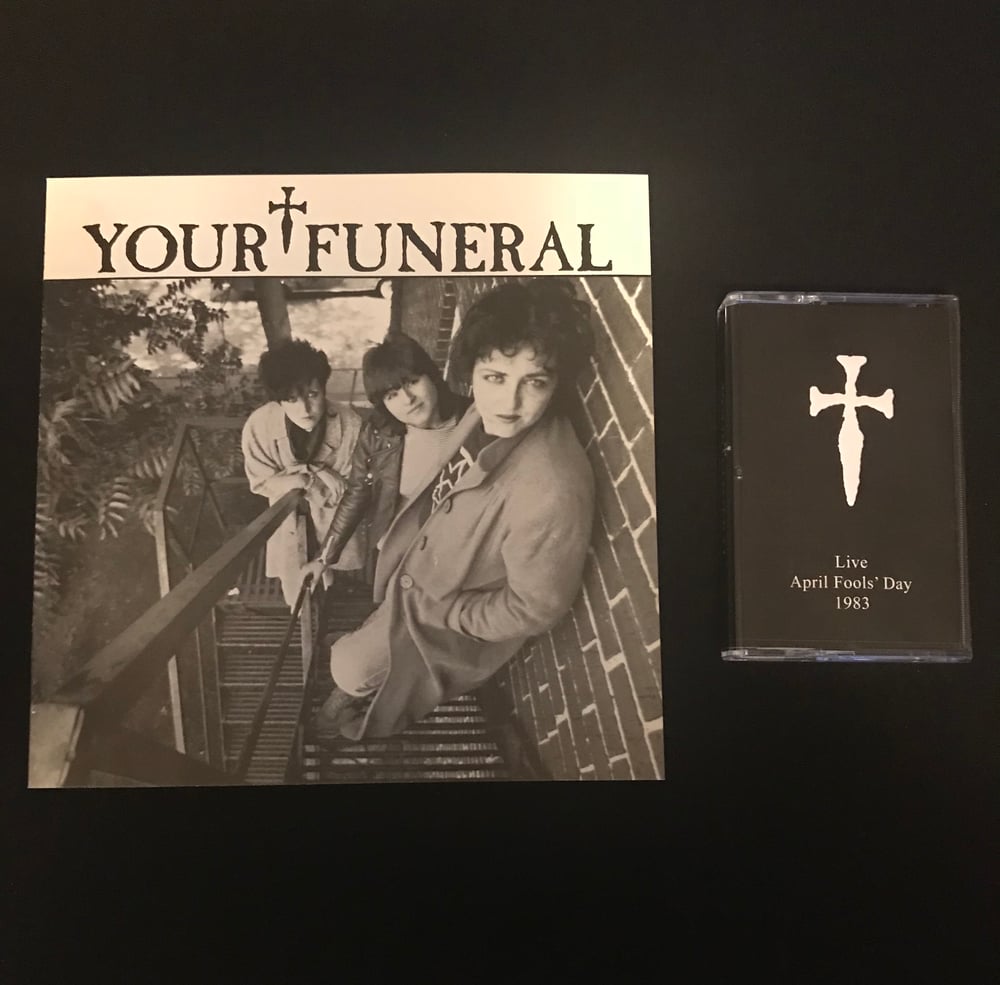 Your Funeral was a three-piece, all-female, Post-punk / Deathrock band from Denver, Colorado. Members included Jeri Rossi, Karen Sheridan, and Cleo Tilde. As a band, they only released 2 tracks on one 7” in 1982. This is the pre-order for the first official reissue of that 7”.

The pre-order version comes with an original, deadstock cover from when it was first released in 1982.
It also comes with a pro-dubbed cassette, featuring the only known live recording of the band from April Fools’ Day in 1983, when they opened for The Birthday Party.

The live cassettes are exclusive to the pre-order version, which is limited to 100 copies.

Orders will ship upon completion in late November / December.